I woke up yesterday with a stuffy nose and a swollen ankle from my last Crossfit endeavour (remember when I slammed the barbell in my shin? Fun times!) and I was NOT in the mood to go out and run a 5km. However, I pledged I was going to do it, so out I went and drove to UVic to get my butt going. The sooner I would start, the sooner I would finish, right?

I got lost on the campus and couldn’t pinpoint the exact parking lot where the Run for the Cure was starting from so I parked in the one in front of the student council and got on my way. It took me a while to figure out that I wasn’t going the right way, I fiddled with my phone to start MapMyRun and finally knew where I was supposed to go (or closer to). I started my music and got going for the second time around. Once I was warm enough, I removed a layer of clothing and slowly settled into my rhythm. I always find it takes me 10-15 minutes to breathe easier when I start running. I don’t know why, but it’s something that I was reminded of today. Before Rina was born, I used to run a little and I remember having to deal with the same issues then.

It was a beautiful autumn morning with just a little bit of sun, the air was cool and that’s my favorite weather to run in. I settled into the music, trying to focus on the scenery around me as much as I could in order to get out of my head and the feat ahead of me.

The lady on MapMyRun announced I had already done 1km and that meant only 4 more to go. I got a little confused about my running route and decided to just stick to the university circle and repeat that in loops until I reached 5km. That was my plan and I felt better about knowing where I was going, sort of. I kept going for a bit, still struggling with finding my rhythm and taking minimal walking breaks. I didn’t have any goal in mind other than finishing the 5km before my parking ticket expired. I had 1hr to do that and I was fairly confident I could finish somewhere between 30-40 minutes. 2km were announced and I kept going.

I was taking little walking breaks here and there throughout and I decided to see if I could run my next split without stopping. The lady said I had reached 3km and I kept going. It was tough for me to keep going, but I made it 1km without any pauses! I was definitely out of breath though and my hip flexors were getting sore so I took a small walking break afterwards and kept going. When the next split was announced, I couldn’t contain my joy! I was so happy I had managed to run a 5km without having trained for it and I did so in an ok time (for me). I kept going for a little bit since I wasn’t quite back to my car yet and I did so running! All in all, I was happy I got to do this in order to raise funds for the Canadian Breast Cancer Society ($300 total), but that doesn’t mean I enjoy running any more than I did before. I know my form needs some work because my shins are a bit sore today and I feel like I may have bruised the sole of my right foot. No big issues, but just little things I noticed during my run. 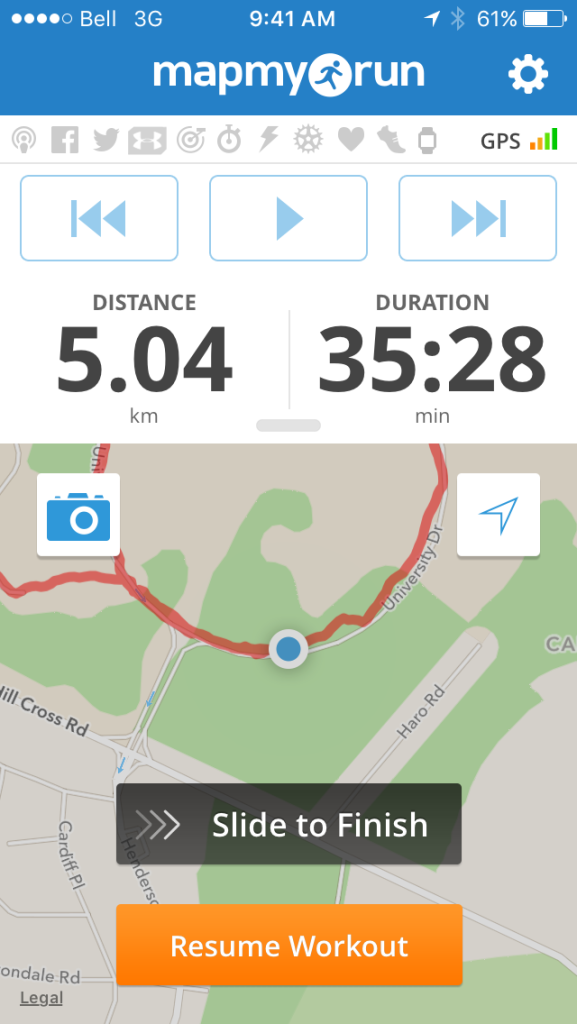 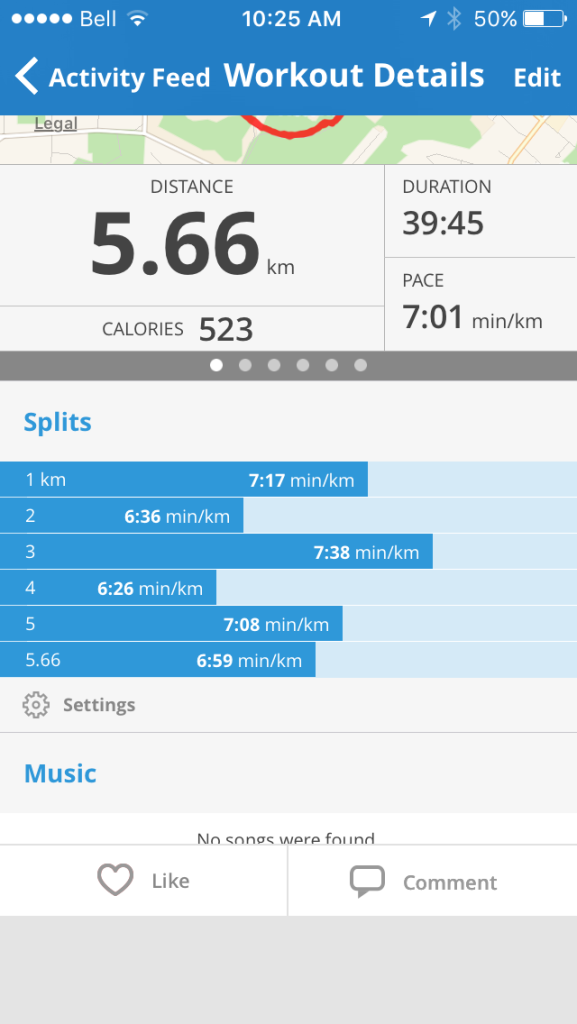 Details of my splits 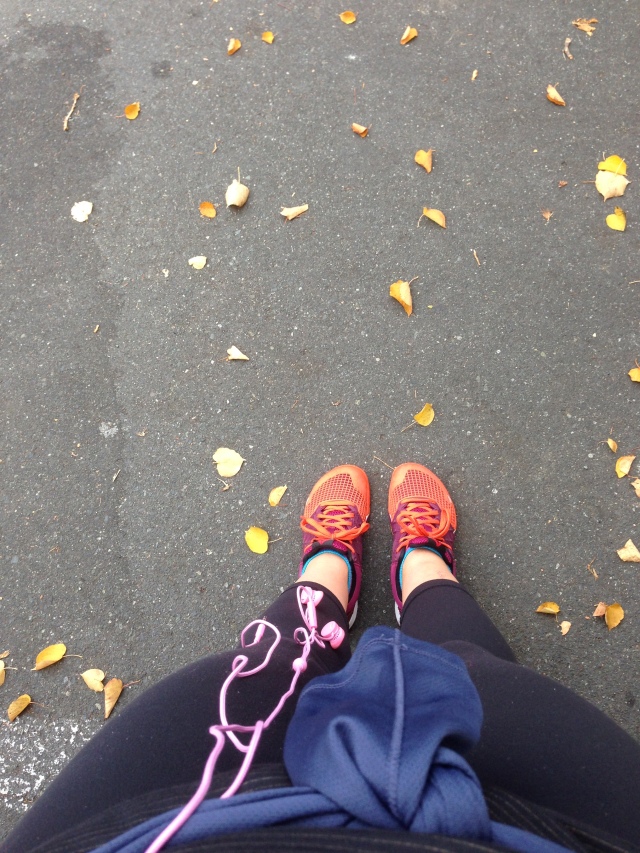 These legs are made for… running?!? 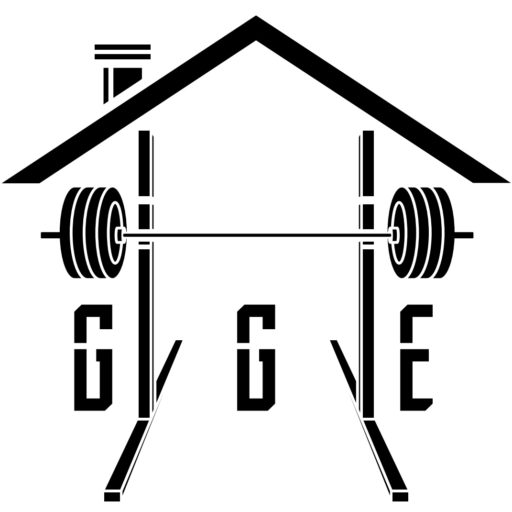